So, why is my dog indifferent to me? Possible reasons why your dog is indifferent to you are that it does it naturally, illness, depression, fatigue, hot weather, or boredom.

Reasons why your dog is indifferent to you

It might be the case that your dog is naturally distant. This would be more likely if it has always acted that way and it has not suddenly started doing it. If it is naturally distant it doesn’t necessarily mean that it does not like you since dogs will show affection in many different ways.

Dogs can become depressed like humans can and it might be why your dog has been being indifferent to you. This would be more likely if it has started being indifferent after an event such as another pet passing away or an owner leaving.

If it is due to depression, it might begin to improve over the course of a few weeks. If it doesn’t then it would help to take it to a vet to get their advice.

You have inadvertently trained it to be that way

It could be the case that you have encouraged it to be indifferent by giving it things that it wants when it becomes indifferent. If you give it things such as extra attention, toys or treats to get it to stop being indifferent you might be making it worse since it might do it more in order to get those things.

Instead, it would help to reward it when it shows signs of being affectionate and to use positive reinforcement training to get it to be less indifferent.

It could be the case that previous owners mistreated it and it now does not like to show so much interest since doing so was punished in the past. This would be particularly likely if you recently adopted it from a shelter.

In this case, it would be likely that it will start to show some more interest as time passes. However, it would help to give it lots of training, exercise and to play with it in order to help encourage it to be more involved with you. If it does not begin to improve over the course of a few weeks it would help to get the advice of a vet.

If your dog has suddenly become more indifferent since the weather has become hotter it might be because the weather is making it feel lethargic.

In this case, it would help to make sure to give it access to a cool room, shaded areas and water whenever it needs it. Walking it during the morning or evening would also help so that you can avoid being outside with it when the sunlight is at its strongest.

Not getting the right diet

It might be the case that there is an issue with its diet. It could be that it is being fed the wrong foods, too much, too little or that someone is feeding it without you knowing. A problem diet would be more likely to be the cause if it suddenly became indifferent when you changed it.

It would help to talk to your local vet about its diet when you see them next. You can also look here to see what you should and shouldn’t feed it.

It might be the case that something has been causing your dog to be fearful and that it has been contributing to it being indifferent.

Experiences as a puppy

When dogs are puppies they will naturally interact with their environment a lot and it is when they learn most about the world. If your dog didn’t get to socialize much as a puppy then it might not have learned to trust other people.

In this case, it would also help to reward it when it is less indifferent and to give it lots of positive attention in the form of exercise, training and by playing with it.

It would help to consider what else happened at around the same time that your dog started being indifferent since it could be the case that there was an event that caused it to start doing it.

If it did start doing it suddenly it would be more likely to be due to things such as a sudden change in its diet, becoming ill or injured or getting less exercise.

If it has always been indifferent it could be that it is naturally indifferent but it could also be due to things such as encouraging the behavior.

What is different when your dog is indifferent to you

It would also help to consider whether or not there is a certain time that it tends to be more indifferent. If it becomes more indifferent in certain situations it could be the case that the timing has something to do with it.

For example, if it becomes more indifferent shortly after being fed it would be more likely to be due to an issue with its diet.

What to do about your dog being indifferent to you

Below are some things you can do about your dog being indifferent to you.

As mentioned above, it might be the case that your dog has learned that the behavior is rewarded. Instead, it would help to reward your dog when it behaves the way you want it to and to avoid rewarding it when it does not.

Ensure it is getting the right diet

If you can’t figure out why it has been being indifferent, it has started doing it suddenly or it has been showing signs of illness it would help to take it to a vet for a checkup. By doing so you will be able to get expert advice tailored towards your particular dog and to rule out the possibility of it being ill or injured.

Positive reinforcement training involves getting your dog to behave in a certain way by rewarding it for showing signs of acting that way.

You could also make use of the tips mentioned in the video below.

Since a lack of exercise might be contributing to its behavior it would help to make sure that it is getting the recommended amount of exercise for its breed. You can exercise it by walking it yourself or by getting a dog walker to do it for you when you can’t do it.

It would also help to give your dog positive attention throughout the day in the form of training, exercise and by playing with it. Doing so should help to get it to be more active and to show more interest.

Another option would be to get help from a dog behaviorist who will be able to show you what you should be doing in order to get it to be more interested in you. 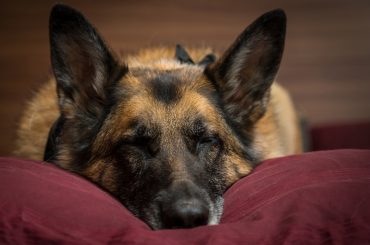 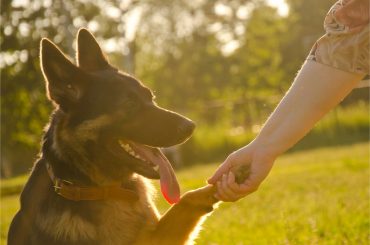