If your husky has been growling at you a lot, you might be wondering why and what can be done about it.

This post will show you a number of reasons why your husky might be doing it and what you can do about it.

So, why does my husky growl at me? Possible reasons are that it wants your attention, it’s protecting food or possessions, feeling threatened, pain, enjoyment or you might have inadvertently rewarded the behavior.

There are a number of things that you can consider to help you figure out why your husky has been doing it. There are also a number of options that you have that can help you in getting it to stop.

Why your husky growls at you

Each of the different reasons that your husky growls at you will likely come with some clues in the way that it does it.

Below, I will mention a number of reasons why it might be doing it and what would make them more likely to be the cause.

It wants your attention

The reason that your husky growls at you could be that it is looking for attention. This would be more likely if it does it when you have not been giving it much attention and if you tend to give it more attention when it does it.

If your husky only growls when it is eating or protecting something that it considers as its own like its spot on its bed then it is likely to be resource guarding.

It would be important to be careful in these situations since dogs can become aggressive when they are resource guarding. If your husky is a puppy then it would be very important to train it out of this behavior now while it is still young.

You can watch the video for some advice on what to do about your husky resource guarding.

The reason that it growls could be that it is fearful of something. This would be more likely if it only seems to do it in situations where it might be fearful. These situations could include when there are fireworks, when someone is around that it does not like or when there are construction works outside.

In this case, it would help to get rid of the thing that it is fearful of if possible. You could also try getting it to stay in a different room and desensitization training.

The reason that it has been growling could be that something is causing it to be in pain. This would be more likely if it started growling suddenly, it has been acting differently and it has been showing signs of being in pain such as by limping.

If it does seem like it might be in some pain then the best option would be to take it to a vet.

Sometimes, dogs will growl when they are enjoying themselves and it could be why your husky growls at you. This would be more likely if it does it in situations where it is likely to be excited such as when it is about to go for a walk or when you come home.

It is being dominating

It might be the case that it does it because it is being dominating. This would be more likely if it does it when trying to get you to do something such as to move from a spot.

In this case, it would be important to give your husky training so that it listens to your command.

The reason that it does it could be that it is actually being aggressive and warning you not to go near it.

This would be more likely if it shows its teeth when it growls at you, it has its ears erect and it moves stiffly from side to side.

If it is the case that your husky seems to growl at you in an aggressive way then the best option for you would be to get the help of a dog behaviorist in your area.

It might be the case that you have inadvertently trained it to growl at you by giving it things that it wants when it does it.

Instead of giving it things such as attention, toys or treats when it growls, try to recognize when it is about to growl and to redirect its focus onto something else such as sitting. If it does growl then try to avoid rewarding it until it is well behaved.

Before trying to get your husky to stop growling at you, it would help to have a good idea of the cause.

Below, I will show you a number of particularly helpful things that you can consider when trying to figure out why it does it.

Consider the type of growling

It is important to consider the way in which it growls at you.

If it seems to be growling aggressively by showing signs of aggression then the best option would be to get the help of a dog behaviorist in your area.

If it does not seem to be doing it aggressively then it would help to consider the things mentioned below and to follow the tips below.

It would help to consider the timing of when it started doing it since it could be the case that there was an event that triggered it to start growling.

If it started doing it suddenly then it would be more likely to be due to things such as construction works starting where you live, being injured or a change in its daily routine.

Whereas, if it has been doing it for a while now then it would be more likely to be due to protecting resources, enjoyment or because you inadvertently trained it to do it from an early age.

When and where it does it

It would also help to consider the timing and location of when and where it growls.

If it growls at random times then it could be because it is trying to get you to do things for it, you have inadvertently trained it or because it is in pain.

How to stop your husky from growling

Below are some options that you have when trying to train your husky not to growl at you.

Positive reinforcement training is where you train your husky to behave in a certain way by giving it things that it wants when it behaves correctly.

To use it to get it to stop growling you would reward it when it does not growl and stop rewarding it when it starts growling.

Recognize when it is about to growl

As mentioned above, it would also help to avoid giving your husky rewards when it growls. Instead, try to use positive reinforcement training to get it to stop doing it and to redirect its behavior to get it out of the habit.

Get help from a trainer

If you can’t figure out why your husky growls at you, it does it aggressively or you can’t get it to stop consider getting the help of a dog trainer or behaviorist in your area. By doing so you will be able to get expert help allowing you to get your husky to be better behaved in a safe way.

Most Recommended For Huskies

Why does my husky hide?

Why does my husky circle me? 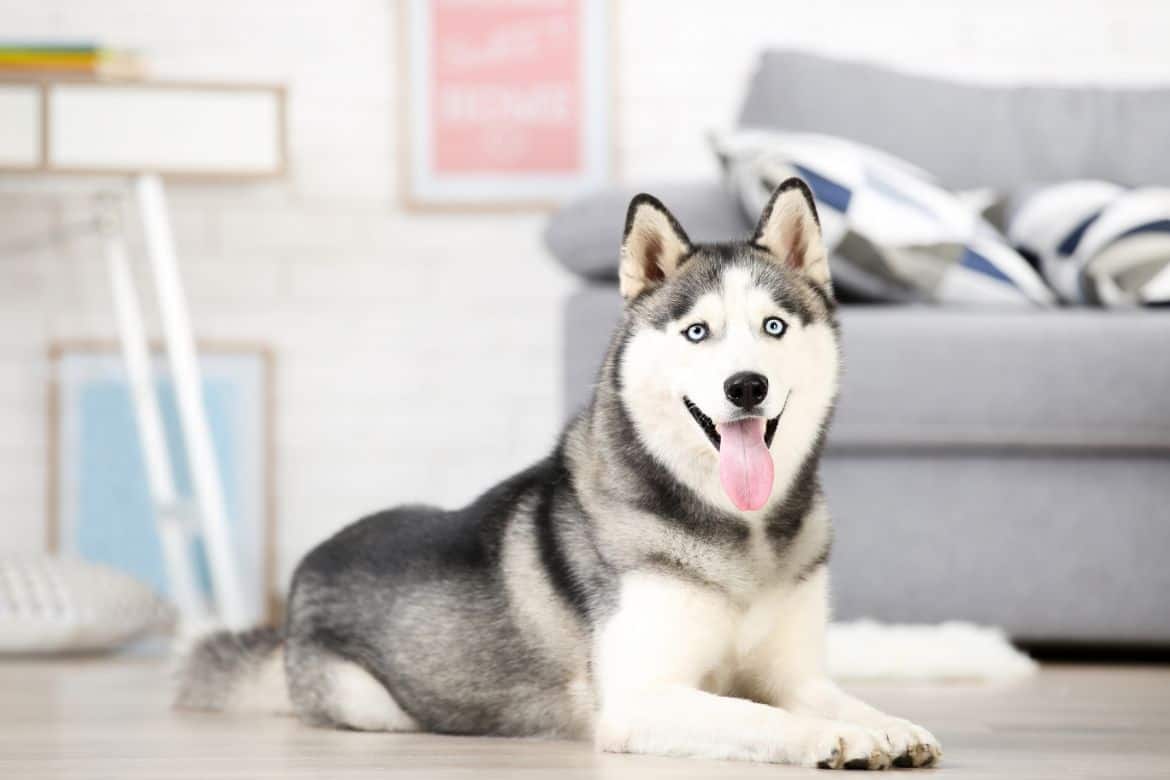 Why won’t my husky stop scratching itself?