If you have been wondering whether or not your poodle loves you, this post will show you thirteen ways you can tell.

The most common signs that your poodle loves you are that it puts itself in vulnerable positions around you, it licks you a lot, it gets excited when you come home, it leans on you or if it often makes eye contact with you.

Ways your poodle could be showing it loves you

If your poodle becomes protective, when there is someone around your home, it would also be a sign that it loves you. This is because it suggests that it wants you to be safe and that it does not want intruders coming into its home.

Sometimes dogs will “nose” people which is where they put their nose on them and smell them, usually so that they can gather information about where they have been. If your poodle noses you a lot it would be a sign that it loves you since it shows that it wants to know where you have been, how healthy you are and that you are ok.

When dogs look at their owners in the eyes it releases Oxytocin which is a hormone that promotes bonding (source). So, if your poodle makes eye contact with you a lot, it would be a sign that it loves you.

Another way your poodle could have been showing it loves you is by putting itself into vulnerale positions around you. If it puts itself in vulnerable positions when it is around you, such as by laying on its back, it would suggest that it trusts you and that it feels comfortable around you.

If your poodle licks you often then this would also be a sign that it loves you. This is because dogs will groom each other by licking them and they will lick when they are being submissive. So, licking you would be a sign that it considers you as a part of its pack and that it respects you.

Another way that it could be showing that it loves you is by getting excited when you come home. If it does then it would suggest that it is glad to see you, that you are ok and that it enjoys having you around.

If your poodle often leans on you this would also be a sign that it loves you. This is because it would show that it trusts you, it feels more comfortable when it is very close to you and that it feels more secure when it is with you.

It is important to be aware that not showing affection does not necessarily mean that it does not love you. Dogs will show affection in many different ways and it could be the case that your poodle is actually showing you affection but in ways that you are not recognizing.

It would also help to consider whether or not your poodle stopped showing affection suddenly. If it did then it would help to consider what else happened when it started doing it since it might be the case that there was an event such as becoming ill that caused it to start.

How to get your poodle to love you more

Below are a number of things you can do to get your poodle to love you more.

Poodles are meant to get daily exercise in order to be fully stimulated When they do not get enough exercise it can cause them to behave abnormally and to develop other issues.

It is generally recommended to exercise them for between 30-60 minutes daily. If yours is not currently getting much exercise it would help to make sure that it does start getting exercise provided that it is healthy.

In order to maintain a healthy relationship with your poodle, and so that it is well behaved, it is important to give it lots of training. By giving it lots of training you will be able to get it to behave the way you want it to and to get it to be more responsive to your command. If you have not given it much training, it would help to start with the basics and then to build up from there. 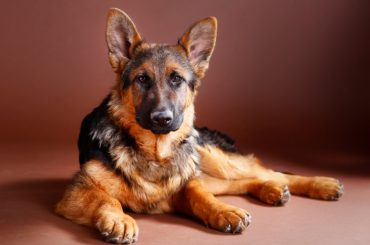